What is Religion? This definition is of high significance in comprehending its importance in any society. It usually entails worship of and belief in a supreme being such gods or a personal God with a supernatural controlling power. Globally, it is essential to understand that Articles 18 of both the International Convent on Civil and Political Rights (ICCPR) and of the Universal Declaration of Human Rights (UDHR) protects everyone’s right to freedom of thought, conscience, religion or belief. Thus, the international law prohibits any coercive action that seeks to recant, reveal, or change one’s belief or religion. However, it is worth noting that various discriminative practices that jeopardize freedom of religion or belief (FoRB) exist not only in Europe but also amongst other worldwide nations. The European Union Agency for Fundamental Rights (FRA) through its reports unravel the existence of prejudices in workplaces, schools, and hospitals to mention a few based on one’s religious belief. Therefore, it is crucial to capture instances of Religious Discrimination in Europe that curtails believers of their fundaments right to FoRB.

More significantly, discernment against Europe’s Muslims has continually leaped over the past decade. According to a 2017 report by EU’s FRA on Minorities and Discrimination Survey, around 40% of Muslims in Europe are victims of unfair treatment when accessing public services like education or seeking employment opportunities. This report that involved respondents from Germany, France, Sweden, and Spain among other 15 European countries explicitly portray that wearing religious or traditional clothing is a significant contributor to the susceptibility of facing harassment. The Michael O’Flaherty led agency outlines that harassment through offensive comments and gestures exist at 47% and 40% of Muslim men and women wearing religious attire respectively in Europe. Conversely, it pains to comprehend that the Court of Justice of the European Union (ECJ) could give employers the liberty to deny their workers from wearing religious symbols at the workplace. This ruling was evident in Belgium’s Samira Achbita and France’s Asma Bougnaoui case, both Muslims, who sought ECJ’s guidance on EU Employment Directive because of the compromise on their Islamic wear at work.

Furthermore, Anti-Semitism is another prevalent form of religious injustices against the believers of the Jewish faith. It is crucial to understand that discrimination against the Jews in Europe was its peak during World War II during the Nazi Holocaust instigated by their leader Adolf Hitler. Moreover, Hitler’s extremism was drawn not only by his belief that Jews were an inferior race by also he saw them as a threat to the purity of the German race and community. The persecutions of over 5 million European Jews in Germany during the Nazi regime saw the establishment of stringent laws by the European Union. However, despite the horrible historical accounts of Anti-Semitism, the Jews still face daily discrimination, insults, and even assaults across Europe. “You don’t belong here. Filthy Jews, you can all go to the gas chamber. This is my land, my country. No one will protect you here,” these are the utterance of a German man towards Yorai Feinberg, an Israeli Jew, which is a profound illustration that Anti-Semitism is still a bother in Europe. The murder of Sarah Lucy Halimi among other killings of Jews in France, Anti-Jewish graffiti in Ukraine, and desecration of Jewish graves in Pennsylvania are worrisome instances outlined in a report published last year by Israeli Ministry of Diaspora Affairs. Hence, it is an arguable fact that Anti-Semitism presents an evil in the society that has grown since the Medieval Period through to the 21st Century. Finally, the Religious Discrimination in Europe is not only limited to the Muslims and Jews, but also Christian Europeans are victims of persecution. Killings of worshipers in church, vicious intolerance towards significant Christian figures like Pope Benedict XVI, and hate crimes such as attacks on priests and vandalism of statues of Christ in Malaga are among the discriminative practices towards Christians undergo in Europe. More importantly, the chair of the British Pakistani Christians Association Wilson Chowdry through the example of Nissar Hussain exhibits the physical abuse, threats, and vandalism, which Christian converts from Islam in Europe persevere. Hussain’s case fortifies the point that religious intolerance amongst the global religions is a fundamental threat to peaceful co-existence and respect for their respective beliefs. Let us close this thought by reiterating EU’s FRA director Michael O’Flaherty who believes that prevalence of Religious Discrimination in Europe risks alienating a particular group of people with potentially dangerous consequences. Therefore, to ensure an inclusive society in Europe and across the globe stern adherence of Articles 18 of ICCPR and UDHR is paramount. 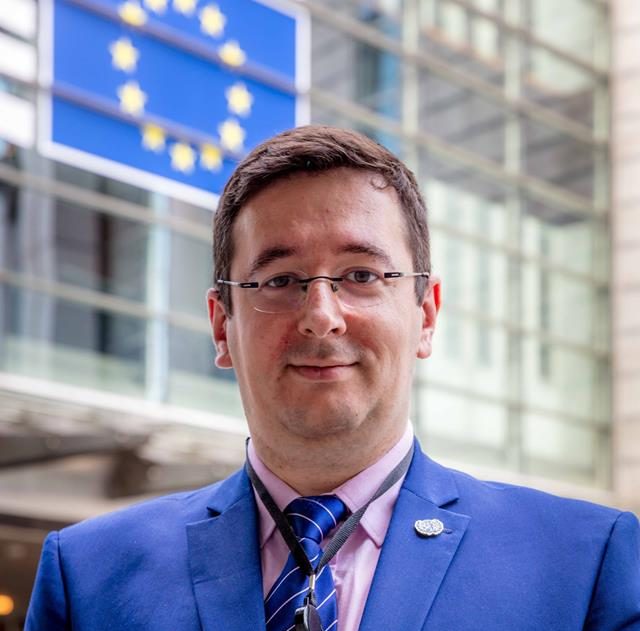