Newstalk Radio Show The Hard Shoulder aired earlier today a report from Henry McKean discussing the Church of Scientology sponsored drug and alcohol rehabilitation Narconon centre which is planned to open in Ireland.

While considerable amount of air time was given to people who have never had any involvement with a Narconon centre to voice their opinions, Henry McKean and editors failed to include the full statement which, despite an extremely short notice, was provided to them by the Church of Scientology.

Here is the full statement, from Diana Stahl, representative of the Church in Ireland, most of which remained parked on The Hard Shoulder today:

Narconon centres operate successfully in 20 countries around the world and are set up to comply with the highest health and safety standards in each country where they operate. All participants are required to have approval from a medical doctor in order to start the programme. In order to be accepted for the programme some people must do a medically supervised withdrawal elsewhere before they can start.

Thousands of people have successfully completed the Narconon programme and enjoy lives free from drug and alcohol abuse as a result.

In fact, in 2018 one of those graduates actually came over to Ballivor and gave a lengthy interview of over 5,000 words to a local paper, detailing her experience on the programme.

“Narconon gave me back my life after 14-year long nightmare of drug addition. I’d say to the people of co Meath that Narconon is about to change lives and make peoples’ lives better.” she said in that interview.

All we are worried about is a devastating drug abuse crisis which kills people in this country EVERY SINGLE DAY.

A study by the Health Research Board, reports the death rate from drug use in Ireland is triple that of other European countries and in Ireland one in every 43 people die as a direct result of drug abuse.

Narconon is a drug-free, drug and alcohol rehabilitation programme with proven success. We CAN and WILL do something about it.

Further, it is unfortunate you chose to interview only people with no experience of Narconon and who have another agenda.

Pete Griffiths and John McGhee who you interviewed for the show had nothing to do with Scientology for many years but both of them were issued an injunction from the High Court in 2014 for harassing and assaulting a female volunteer of the Church of Scientology in Dublin and ordered to pay her damages.

Pete Giffiths issued a formal apology in October 2017 and I quote:

“I hold my hand up and regret my role and I think it was terrible.” […] “I do not have a problem with Scientology or Scientologists.”

John McGhee’s injunction became permanent in 2016. Currently the Gardai are looking for him so he can be served a summons for 2 incidents of criminal damage, as officials from Pearse Street Garda Station confirmed in January 2020. As his current address is unknown to the authorities, if anyone has his address we would appreciate that they cooperate and report this to Pearse Street Garda Station in Dublin.There is no lack of Scientologists in Ireland to be spoken to if one wanted to know about Scientology. 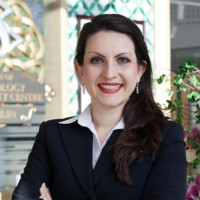